Originally posted on Books on the Bookshelf: PUBLISHER: Sourcebooks Fire PUBLICATION DATE: March 26th, 2019 ⭐ ⭐ ⭐ ⭐ ⭐ …… Thank you to the publisher Sourcebooks Fire for gifting me a beautiful paperback copy of this thrilling novel to read and share my review with others. …… ABOUT THE BOOK: In the small town…

Table saws are highly useful tools, but tend to take up a lot of space. They’re usually designed to handle the bigger jobs in a workshop. It doesn’t have to be that way, however, as [KJDOT] demonstrates with a miniature table saw. It’s a saw that relies on a simple build. The frame is made…

via Minature Table Saw Gets The Teeny Jobs Done — Hackaday

Dead Still returns on SyFy October 11th. Part of the 31 days of Halloween programming, Dead Still is a nice addition to the line-up. It stands out for not relying on CGI special effects to force the plot. Schedule your DVRs and watch this movie. In the meantime. read my review from 2014: Dead Still […]

Welcome to this week’s writephoto prompt. You can find all last week’s entries in the weekly round-up, which was published earlier today.

Use the image below as inspiration to create a post on your own blog… poetry, prose, humour… light or dark, whatever you choose, by noon (GMT)  Wednesday 16th October and link back to this post with a pingback to be included in the round-up.  There is no word limit and no style requirements, except to keep it fairly family-friendly.

**Please note that many people on WordPress are having problems with pingbacks not getting through. They do need to be approved manually before they show on the post here, but to be sure,  please also leave a comment on this post, linking back to your response to the prompt so that I know you have posted. **

For visually challenged writers, theimage shows the dark silhouette of…

This week the image and wording can apply to any man, woman, object, figure whatever your imagination suggests to you.

Why is your figure solitary? Is it by choice or something imposed on the figure?

Go where your imagination sends you and enjoy the experience.

Please link your response by using the linking tool below.

As Executive Producer of titles such as “Captain Marvel” and “Avengers: Endgame,” she will receive the MPSE Filmmaker Award on January 19th. Marvel Studios’ Executive VP production Victoria Alonso will receive the Filmmusic Filmmaker Award at the MPSE Golden Reel Award at the Westin Bonaventure in Los Angeles on January 19th. Alonso has produced a…

Once you “got” Pop, you could never see a sign the same way again.
-Andy Warhol

Pop art emerged in Britain in the early 1950’s and developed to a new level in America in the second half of the decade. Influenced by the cultural trends of mass production and commercialism, pop art focuses the artists’ efforts on the mundane and, as the name suggests, the popular cultural icons of the era. Think of Andy Warhol’s Campbell’s Soup Cans or Marilyn Monroe’s. A response to non-representational art such as abstract expressionism, pop art explores simple reality in detail.

Some have referred to pop art as the “democratization of art,” as its proponents “manufactured” art in such a way as to make it available to rich and…

This is the Food To Glow dinner version of the iconic Indian side dish, baingan bharta. Based on fire-roasted eggplant and cooked-down spiced tomatoes, this fragrant, soothingly-soft dish is served rather heretically with pasta and topped with creamy, indulgent burrata. Enjoy xx Baingan Baharta Pasta is a rather cheeky nod to my favorite Indian side… 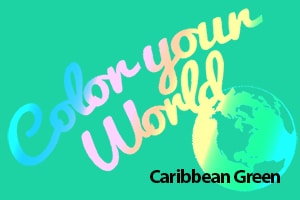 Welcome back to this weekly Crayola color based blog challenge!

This week, the color is Caribbean Green.

Check out the CYW home page with links to all weekly challenges as they post.

All About The Garden

Where we have fun gardening, homesteading, and preserving food.

We’re just inviting you to take a timeout into the rhythmic ambiance of our breakfast, brunch and/or coffee selections. We are happy whenever you stop by.